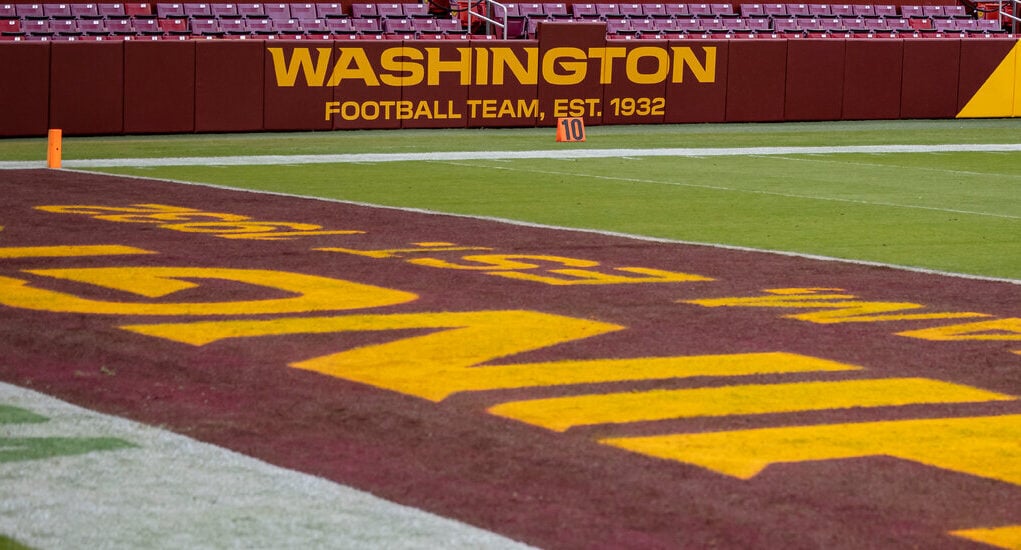 This week, the Washington Football Team ignited renewed speculation about its future nickname by releasing a video about its rebranding that cited eight possible names. While Jason Wright, the team’s president, eventually said other candidates were also being considered, that didn’t stop every fan within 3,000 miles of the capital from weighing in on the pros and cons of each suggestion.

The list of eight included military-related names like Armada, Brigade, Commanders, and Defenders; names that maintained, perhaps uncomfortably, the “red” from the team’s previous title, RedHogs, and RedWolves; as well as the more staid offerings like Presidents and the current name, Football Team.

The popularity of certain kinds of professional team nicknames has waxed and waned over the years. Perhaps a look at history can offer some additional suggestions for Washington.

When the National Football League was founded under that name in 1922, its nicknames were all over the place.

Some names would have been timeless in any era: the Chicago Bears and Green Bay Packers. Some sound quaint to today’s ears: the Buffalo All-Americans and the Evansville (Ill.) Crimson Giants. 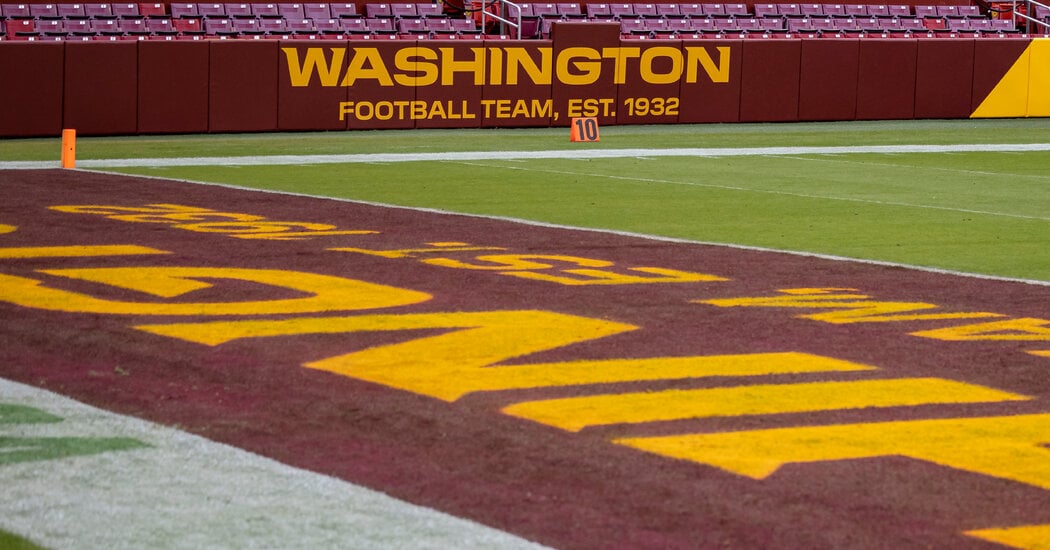 And a few were just weird. The Columbus Panhandles? (It’s related to West Virginia’s little panhandle.) The Louisville Brecks? (It was short for Breckenridge, although that doesn’t clear much up.) The Dayton Triangles? Really?

The Cleveland Indians played in the N.F.L. in 1931, and so did the Brooklyn Dodgers. In 1933, the Pittsburgh Pirates and the Cincinnati Reds joined up. Yes, there were some more uncommon names, too (uh, the Staten Island Stapletons played from 1929 to 1932), but piggybacking on the success of baseball seemed to be a critical business model for the nascent football league.

Shortages of manpower and financial concerns led several teams to merge during World War II. The Steelers and Eagles in 1943 unofficially became the Steagles. Then the following season, the Steelers tried a merger with the Chicago Cardinals, creating a team that became known as “Card-Pitt.” Or “Carpets” to those mean folks who noticed they finished 0-10.

The new American Football League, which eventually merged with the N.F.L., had a mix of nicknames, but quite a few had a conquering feel: Chargers, Broncos, Raiders, Titans. The N.F.L. added a couple of macho teams in this era: the Cowboys and the Vikings.

It was the era of the animal, as the Falcons, Dolphins, and Bengals joined the leagues (with the Seahawks coming aboard in 1976).

The pace of new teams being added to the N.F.L. slowed a decade later, but franchises looking for sweeter stadium deals were happy to move to new cities while keeping their nicknames. The Raiders, Colts, Cardinals, and Rams all did it. (The Browns did change their name to the Ravens — another animal — when they moved to Baltimore in 1996.)

There has only been one new N.F.L. nickname adopted in recent times, the rather bland Houston Texans in 2002. That is until Washington made the unconventional and temporary selection of the Football Team last year.

So without a lot of precedents, Washington has an opportunity to start a new era in N.F.L. team naming. Will a choice like Armada launch a new generation of naval names? Will selecting the moniker Presidents result in a surge of patriotic nicknames?

With the field still open, and the team trying to stretch the drama, we don’t know which way Washington will go. Well, maybe we know this: Don’t expect the Washington Brecks.