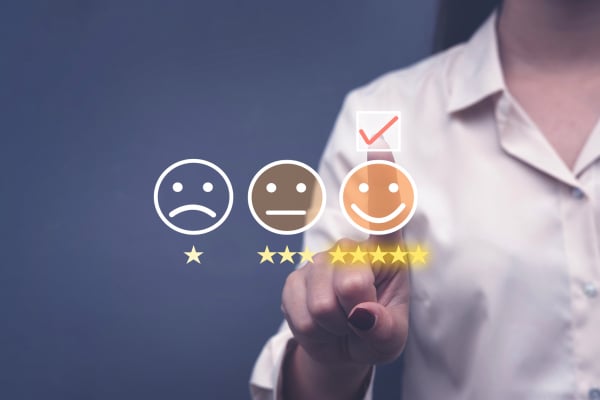 The UK’s competition watchdog, the CMA, has opened another investigation into Big Tech — this one targeted at Amazon and Google over how well they handle (or, well, don’t) fake reviews.

The Competition and Markets Authority has taken an interest in online reviews for several years, as far back as 2015.

It also went after eBay and Facebook back in 2019 to squeeze the trade in fake reviews it found thriving on their marketplaces. After continuing to pressure those platforms, the watchdog was given pledges; they’d do more. Albeit, in the case of Facebook, it took until April 2021 for it to take down 16,000 groups that had been trading fake reviews — and the CMA expressed disappointment that it had taken Facebook over a year to take meaningful action.

Now the CMA has Amazon and Google in its sites, both of which control platforms hosting user reviews — saying it will be gathering evidence to determine whether they may have broken UK law by taking insufficient action to protect shoppers from fake reviews.

The CMA says its investigation into Amazon and Google follows an initial probe, which it started in May 2020, which was focused on assessing several platforms’ internal systems and processes for identifying and dealing with fake reviews. That work raised specific concerns about whether the two tech giants have been doing enough to:

The regulator also said it’s concerned that Amazon’s systems have been “failing adequately to prevent and deter some sellers from manipulating product listings” — for example, by co-opting positive reviews from other products.

And, well, who hasn’t been browsing product reviews on Amazon, only to be drawn up short by a reviewer earnestly referring to product attributes that clearly bear no relation to the sale item in question?

While the user reviews that pop up on, for example, Google Maps after a search for a local business, can also display ‘unusual patterns‘ of 5-starring (or 1-starring) behavior…

Commenting on its investigation into concerns that Amazon and Google are not doing enough to combat the problem of fake reviews, the CMA’s CEO Andrea Coscelli had this to say in a statement:

“Our worry is that millions of online shoppers could be misled by reading fake reviews and then spending their money based on those recommendations. Equally, it’s simply not fair if some businesses can fake 5-star reviews to give their products or services the most prominence while law-abiding companies lose out.

“We are investigating concerns that Amazon and Google have not been doing enough to prevent or remove fake reviews to protect customers and honest businesses. It’s important that these tech platforms take responsibility, and we stand ready to take action if we find that they are not doing enough.” Amazon and Google were contacted for comment. A Google spokesperson sent us this statement:

“Our strict policies clearly state reviews must be based on real experiences, and when we find policy violations, we take action — from removing abusive content to disabling user accounts. We look forward to continuing our work with the CMA to share more on how our industry-leading technology and review teams work to help users find relevant and useful information on Google.”

“To help earn the trust of customers, we devote significant resources to preventing fake or incentivized reviews from appearing in our store. We work hard to ensure that reviews accurately reflect the experience that customers have had with a product.  We will continue to assist the CMA with its inquiries, and we note its confirmation that no findings have been made against our business. We are relentless in protecting our store and will take action to stop fake reviews regardless of the size or location of those who attempt this abuse.”

In a blog post earlier this month, Amazon — likely aware of the CMA’s attention on the issue — discussed the problem of bogus online reviews, claiming it “relentlessly innovates to allow only genuine product reviews in our store”; and offering up some illustrative stats (such as that, in 2020 alone, it stopped more than 200M “suspected fake reviews” before they were seen by any customers, mainly via the use of “proactive detection”).

However, the blog post was also heavily on the defensive — with the ecommerce giant seeking to spread the blame for the fake reviews problem — saying, for example, that there’s an “increasing trend of bad actors attempting to solicit fake reviews outside Amazon, particularly via social media services”.

It sought to frame fake reviews as an industry-wide problem, needing a coordinated, industry-wide solution — while reserving its heaviest fire for (unnamed) “social media companies” (cough Facebook cough) — and suggesting, for example, that they are the weak link in the chain:

“We need social media companies whose services are being used to facilitate fake reviews to proactively invest in fraud and fake review controls, partner with us to stop these bad actors and help consumers shop with confidence. It will take constant innovation and partnership across industries and law enforcement to fully protect consumers and our honest selling partners.”

Amazon’s blog post also called for coordinated assistance from consumer protection regulators “around the world” to support its existing efforts to litigate against “bad actors”, aka “those who have purchased reviews and the service providers who provided them”.

The company also told us it has won “dozens” of injunctions against providers of fake reviews across Europe — adding that it won’t shy away from taking legal action. (It noted, for example, a lawsuit it filed on June 9 with the London Commercial Court against the owners of the websites, AMZ Tigers and TesterJob — seeking a prohibitory injunction and damages.)

In light of the CMA’s investigation being opened now, Amazon’s blog post calling for regulatory assistance to support litigation against purveyors of fake reviews looks like a pre-emptive plea to the CMA to swivel its gaze back onto Facebook’s marketplace — and check back in on how the trade-in fake reviews are looking over there.

We reached out to the CMA to ask whether its investigation into Amazon and Google will dig into the role that review trading groups hosted elsewhere, such as on social media platforms, may exacerbate the issue.

The regulator declined to comment on this point — but we understand the action into Amazon and Google is a separate investigation.

In terms of what could happen if, following the investigation, the CMA considers that the firms have broken UK consumer protection law, it has a range of enforcement powers — which could include securing formal commitments from them to change the way they deal with fake reviews or escalating to court action if needed.

However, for now, it has not reached a view on whether Amazon and Google have broken the law.