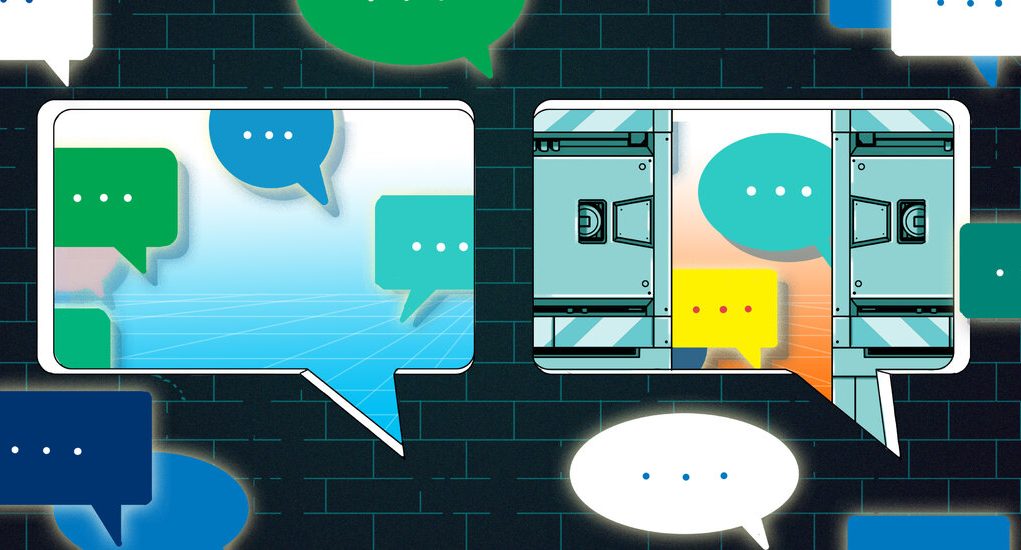 So what’s your take? Are you concerned? KEVIN Honestly, not really? It’s obviously not great for public safety that neo-Nazis, far-right militias, and other dangerous groups find ways to communicate and organize. Those ways increasingly involve end-to-end encryption. We’ve seen this happen for years, going all the way back to ISIS, and it definitely makes things harder for law enforcement agencies and counterterrorism officials.

At the same time, there’s a real benefit to getting these extremists off mainstream platforms, where they can find new sympathizers and take advantage of the broadcast mechanics of those platforms to spread their messages to millions of potential extremists.

The way I’ve been thinking about this is in a kind of epidemiological model. If someone is sick and at risk of infecting others, you ideally want to get them out of the general population and into quarantine, even if it means putting them somewhere like a hospital, where there are many other sick people.

It’s a pretty lousy metaphor, but you see what I mean. When they’re on big, mainstream platforms like Facebook, Twitter, and YouTube, we know that extremists don’t just talk among themselves. They recruit. They join totally unrelated groups and try to seed conspiracy theories there. In some ways, I’d rather have 1,000 hardened neo-Nazis doing bad stuff together on an encrypted chat app than have them infiltrating 1,000 different local Dogspotting groups or whatever.

BRIAN, I see where you’re going with this!

When you open Facebook or Twitter, the first thing you see is your timeline, a general feed that includes posts by your friends. But you could also see posts from strangers if your friends reshared them or Liked them.

When you open Signal or Telegram, you see a list of your conversations with individuals or groups of people. To get a message from someone you don’t know, that person would need to know your phone number to reach out to you.

So to complete our analogy, Facebook and Twitter are essentially billions of people packed into an enormous auditorium. Encrypted messaging apps like Signal and Telegram are like significant buildings with millions of people, but each living inside a private room. People have to knock on one another’s doors to send messages, so spreading misinformation would take more effort. In contrast, on Facebook and Twitter, a piece of misinformation can go viral in seconds because the people in this auditorium can all hear what everyone else is shouting.

How one founder made the most of Y Combinator in a pandemic year –...