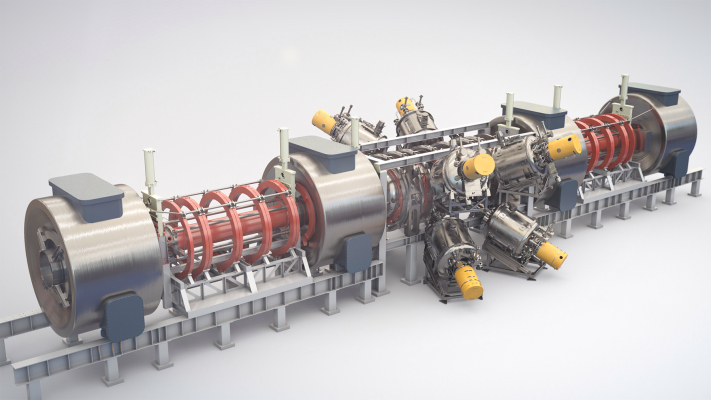 In a small industrial park located nearly halfway between Los Angeles and San Diego, one company is claiming to have hit a milestone in developing new technology for generating power from nuclear fusion.

The twenty-year-old fusion energy technology developer TAE Technologies said its reactors could be operating commercially by the end of the decade, thanks to its newfound ability to produce stable plasma at temperatures over 50 million degrees (nearly twice as hot as the sun).

The promise of fusion energy, a near-limitless energy source with few emissions and no carbon footprint, has been ten years out for the nearly seventy years since humanity first harnessed the power of nuclear energy.  But a slew of companies, including TAE, General Fusion, Commonwealth Fusion Systems, and a host of others across North America and around the world, are making rapid advancements that look to bring the technology from the realm of science fiction into the real world.

For TAE Technologies, the achievement serves as a validation of the life’s work of Norman Rostoker, one of the company’s co-founders who had devoted his life to fusion energy research and died before he could see the company he helped create reach its latest milestone.

“This is a gratifying milestone and an apt tribute to the vision of my late mentor, Norman Rostoker,” said TAE’s current chief executive officer, Michl Binderbauer, in a statement announcing the company’s achievement. “Norman and I wrote a paper in the 1990s theorizing that a certain plasma dominated by highly energetic particles should become increasingly better confined and stable as temperatures increase. We have now been able to demonstrate this plasma behavior with overwhelming evidence. It is a powerful validation of our work over the last three decades and a very critical milestone for TAE that proves the laws of physics are on our side.”

Rostoker’s legacy lives on inside TAE through the company’s technology platform, called, appropriately, “Norman”. In the last 18 months, that technology has demonstrated consistent performance, reaching over 50 million degrees in several hundred test cycles.

Six years ago, the company had proved that its reactor design could sustain plasma indefinitely — meaning that once the switch is flipped on a reaction, that fusion reaction can continue indefinitely. Now, the company said, it has achieved the necessary temperatures to make its reactors commercially viable.

With these milestones behind it, TAE raised an additional $280 million in financing, bringing its total up to $880 million and making it one of the world’s best-financed private nuclear fusion endeavors.

“The Norman milestone gives us a high degree of confidence that our unique approach brings fusion within grasp technologically and, more important, economically,” Binderbauer said. “As we shift out of the scientific validation phase into engineering commercial-scale solutions for both our fusion and power management technologies, TAE will become a significant contributor in modernizing the entire energy grid.”

The company isn’t generating energy yet, and won’t for the foreseeable future. The next goal for the company, according to Binderbauer, is to develop the technology to the point where it can create the conditions necessary for making energy from a fusion reaction.

Android 12 will let you play games before they finish downloading...