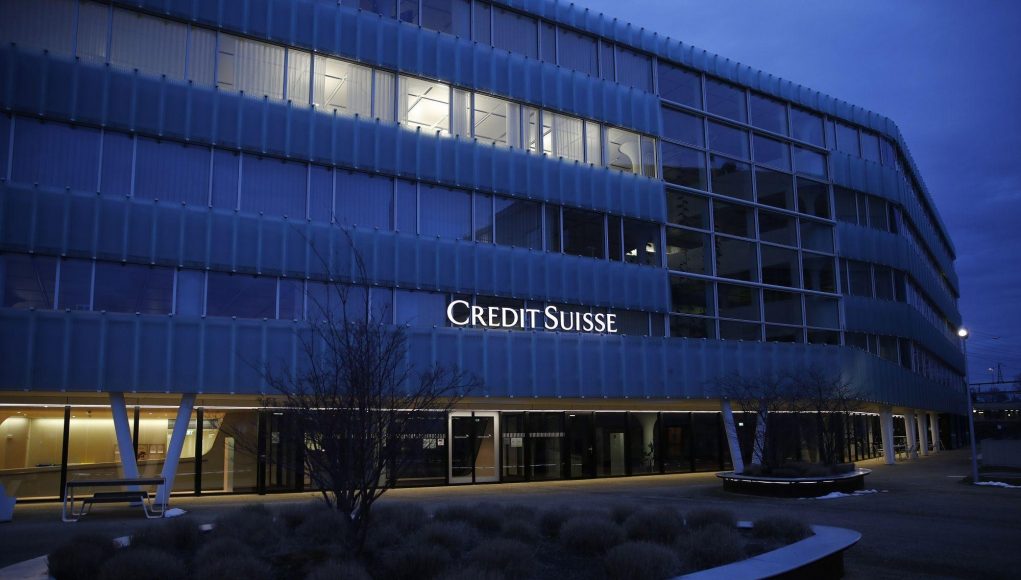 Credit Suisse Group AG said it will take a 4.4 billion franc ($4.7 billion) writedown tied to the implosion of Archegos Capital Management and replace two top executives after a series of losses and scandals raised questions about its risk management.

The charge will result in a pretax loss of about 900 million francs for the first quarter, the bank said in a statement Tuesday. Credit Suisse scrapped bonuses for top executives, cut its dividend, and suspended share buybacks to protect its capital. Investment bank head Brian Chin and Chief Risk Officer Lara Warner are leaving.

Chief Executive Officer Thomas Gottstein vowed he would draw “serious lessons” after the Archegos loss and the collapse of Greensill Capital last month derailed his effort to move past a turbulent 2020. The firm is the worst-performing significant bank stock in the world this year as a solid first two months for its investment bank business are being overshadowed by its exposure to the failed firms.

“I recognize that these cases have caused significant concern amongst all our stakeholders,” Gottstein said Tuesday. “Together with the board of directors, we are fully committed to addressing these situations. Serious lessons will be learned.”

Chin and Warner are the highest-ranking executives to leave over the twin hits. Gottstein earlier removed Eric Varvel from his role running asset management after Greensill’s downfall. In a memo to staff Monday, Credit Suisse also announced at least five other departures, including equities trading chief Paul Galietto.

In October, Christian Meissner, the former Bank of America Corp. executive who joined Credit Suisse, will take over China. Joachim Oechslin will become risk chief in the interim, a role he held until 2019 when Warner took over. Thomas Grotzer was named interim head of compliance.

The bank cut its dividend proposal for 2020 to 10 centimes a share, from about 29 centimes, and suspended its share buyback until its standard equity Tier 1 ratio, a key measure of capital strength, returns to the targeted level. Credit Suisse said it expects a CET1 ratio of at least 12% in the first quarter. It had aimed for at least 12.5% in the first half of this year.

Chairman Urs Rohner offered to forgo his compensation for 2020 of 1.5 million francs, and bonuses for the executive board have been scrapped for that year.

The Zurich-based bank was one of several global investment banks to facilitate the leveraged bets of Archegos, the family office of former hedge fund manager Bill Hwang. But while many other firms that had prime brokerage relationships with Archegos unloaded their positions with minimal damage, Credit Suisse was caught with significant losses. The Swiss bank sold $2.3 billion worth of stocks tied to Archegos earlier this week, a person familiar with the matter said.

Startup lender Greensill Capital had borrowed from the bank. It helped manage about $10 billion of debt funds for Credit Suisse asset management clients that the Swiss firm had marketed as its safest products. The funds are frozen and being wound down after Lex Greensill’s firm collapsed amid doubts about its lending practices.

Gottstein took over in February 2020 in the wake of a spying scandal that took down his predecessor and pledged a clean slate for 2021 after legacy issues marred his first year. Instead, he’s been overwhelmed by repeated lapses in oversight.