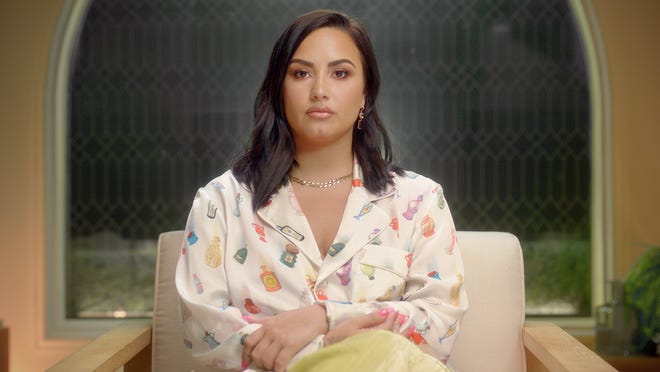 In Demi Lovato’s new YouTube docuseries “Dancing with the Devil,” the singer reveals she was raped as a teen as well as sexually assaulted the night of her near-fatal overdose. In both instances, she maintained contact with her alleged perpetrators, and in the latter, pursued subsequent sexual contact with him. “I wanted to rewrite his choice of violating me,” she said. “I wanted it now to be my choice.”

Lovato’s reaction is not uncommon among survivors, though it’s often something those looking to discredit a victim erroneously use as proof no sexual assault occurred. The aftermath of a sexual assault can be emotional, shocking, and disorientating, experts say. The road to healing is messy and complex.

“A lot of survivors stay in touch with their perpetrators in some way,” said Laura Palumbo, communications director of the National Sexual Violence Resource Center. “That may include trying to pursue a relationship with them that’s romantic or is sexual. … In some ways, attempting to reconnect can be a way for them to process their own disbelief and dissonance about what happened to them.”

Contact with perpetrators after an assault is ‘the norm.’

Survivors, she said, “almost always” go back to their assailants… “It’swidespreadn, in fac,t it’s the norm,” for victims to have subsequent contact with their perpetrators after the attack.

Most victims of sexual assault know their perpetrators, which Palumbo said can make it difficult to break off contact. Eight out of 10 rapes are committed by someone known to the victim, according to the Rape Abuse & Incest National Network. A perpetrator can be a family member, a significant other, a co-worker, or someone in a person’s social circle. When someone had a role in a person’s life before an assault, it doesn’t mean the part immediately disappears in the aftermath.

Survivors are also very aware that if they make a report and the report is not taken seriously, they may be blamed or in some way retaliated against.

Lovato said when she disclosed her rape, no actions were taken to hold her accused perpetrator accountable.

“My MeToo story is me telling somebody that someone did this to me, and they never got in trouble for it. They never got taken out of the movie they were in,” she said.

Fear of disclosure or an adverse reaction can leave survivors in the position of needing to determine on their own how to move forward with the individual who hurt them. Some survivors decide that it looks like staying in touch with their perpetrator in some way.

Lovato said both times she re-established contact with her perpetrators, it did not provide the healing she had hoped.

“It didn’t fix anything. It didn’t take anything away; it just made me feel worse, but that for some reason was my way of taking power back,” she said of the person who sold her drugs and assaulted her the night of her overdose. “All it did was bring me back to my knees, begging God for help.”

Of her rape as a teen, she said, “I called that person back a month later and tried to make it right by being in control, and all it did was just make me feel worse.”

For many survivors, Palumbo said, maintaining contact with the person who sexually assaulted them is a way of keeping open the possibility of reconciliation.

“They may be thinking that if they could see this person again face to face and talk about what happened to them and talk about how it made them feel, that the person who sexually assaulted may be willing to recognize the harm that they have caused,” she said. “I think that it is essential for survivors to know that there is a really significant risk that [the perpetrator] will not be willing to acknowledge their actions and their behaviors.”

What survivors need after a sexual assault

Experts say survivors need people in their lives who will support them without judgment.

“It’s tough for survivors to make sense of this trauma on their own in a society where they’re blamed and shamed for what has happened to them,” Palumbo said.

Suppose you’re trying to support a survivor who is considering contact with their perpetrator or who has already re-established contact. In that case, experts say you should help them identify the potential benefits or consequences of such a choice. It can look like asking, “If it feels indispensable for you to reconnect with this person, what’s something that would make you feel safer in taking that step? What’s something that might make you feel more empowered in taking that step?”

Ultimately, Palumbo said survivors need to talk about their trauma without the fear of being told what to do.

“There isn’t one way that survivors move forward and heal,” she said. “A survivor’s healing journey should only meet their expectations in terms of their needs. And it’s not about what others and what society says that healing looks like.”

If you are a survivor of sexual assault, RAINN offers support through the National Sexual Assault Hotline (800.656.HOPE & online.rainn.org).