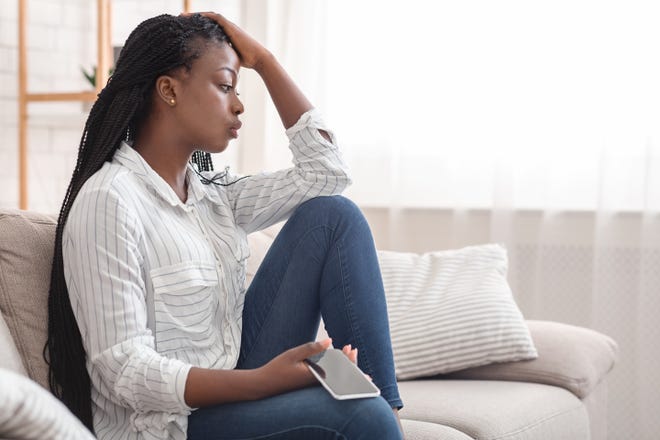 We saw it on social media after George Floyd’s death last summer, after Derek Chauvin’s guilty verdict this week and during the many Black deaths in between: “Check in on your Black friends.”

For Black people, “how are you?” can be a loaded question. A too-small phrase asked in spaces that can rarely accommodate the answer. When Chauvin was found guilty, there was exhalation and, in some cases, celebration, but there was also unrelenting grief. There was recognition among Black Americans of what the moment offered and what it still denied. About 20 minutes before the verdict was announced, a 16-year-old Black girl, Ma’Khia Bryant, was fatally shot by police in Columbus, Ohio.

On social media, some Black people said they appreciate it when white friends and colleagues check-in. Others said there is nothing they want less. Some non-Black people might not be sure what to say.

“There is no one way to reach out and say, ‘Hey, I’m attending to your trauma,'” said Sharnise Hendrick, a therapist who specializes in racial trauma. “How would you reach out to somebody you love knowing that they lost someone? Because that’s what’s happening. We’re losing ourselves. We’re losing members of our community. We’re losing people that look like us. We are holding our breath, most recently for a year, to see whether the outcome in this trial was going to confirm what our eyes already told us.”

Experts in racial trauma say the spectrum of reactions to “reach out to your Black friends” underscores the diversity of experiences among Black people as well as the particulars of their relationships to non-Black people in their lives.

“We’re not a monolith,” said Alisha Moreland-Capua, director of trauma-informed treatment, consultation, and outreach at the Center of Excellence in Depression and Anxiety Disorders at McLean Hospital in Massachusetts. “Not everybody requires the same thing. However, as a system, as a people, it’s important to acknowledge that something happened and to think, ‘How might we be helpful? How should we proceed?'”

“I have had people who I haven’t talked to in five years message me. Especially last year when all of the protests were really starting up,” said Michelle Brooks, 26, a writer in Sacramento, California. “It was weird to have somebody who I don’t really have a relationship with anymore … reach out and make me relive this trauma because they don’t know how to talk to me because they don’t know me. It feels performative.”

Hadrian is building the factories of the future for rocket ships and advanced manufacturing...