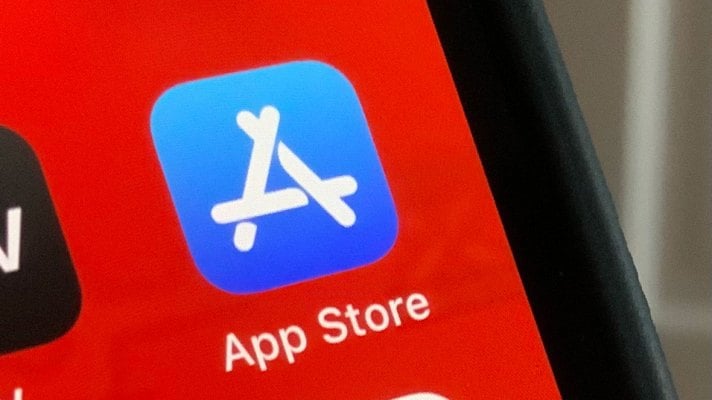 The European Commission has issued a formal ‘statement of objections’ against Apple, saying Today that its preliminary view is Apple’s app store rules distort competition in the market for music streaming services by raising the costs of competing music streaming app developers. Apple has a period of 12 weeks to respond to the preliminary charges.

The Commission began investigating competition concerns related to iOS App Store (and Apple Pay) last summer. But Today’s charges relate only to music streaming apps and the App Store’s role as a gatekeeper for such apps to access iOS users. This is also a market where Apple competes, with its eponymous offering (Apple Music).

“The Commission takes issue with the mandatory use of Apple’s own in-app purchase mechanism imposed on music streaming app developers to distribute their apps via Apple’s App Store,” it wrote. “The Commission is also concerned that Apple applies certain restrictions on app developers preventing them from informing iPhone and iPad users of alternative, cheaper purchasing possibilities.”

The statement of objections focuses on two rules that Apple imposes in its agreements with music streaming app developers: Namely what the Commission said is a “mandatory” requirement to use Apple’s proprietary in-app purchase system (IAP) to distribute paid digital content (with the Commission stating that Apple charges a 30% commission fee on all such subscriptions bought via IAP); and ‘anti-steering provisions‘ which limit the ability of developers to inform users of alternative purchasing options.

“The Commission’s investigation showed that most streaming providers passed this fee [Apple’s 30% cut] on to end-users by raising prices,” it went on, adding: “While Apple allows users to use music subscriptions purchased elsewhere, its rules prevent developers from informing users about such purchasing possibilities, which are usually cheaper. The Commission is concerned that users of Apple devices pay significantly higher prices for their music subscription services or they are prevented from buying certain subscriptions directly in their apps.”

Commenting in a statement, EVP and competition chief Margrethe Vestager added: “App stores play a central role in Today’s digital economy. We can now make our shopping, access news, music, or movies via apps instead of visiting websites. Our preliminary finding is that Apple is a gatekeeper to users of iPhones and iPads via the App Store. With Apple Music, Apple also competes with music streaming providers. By setting strict rules on the App store that disadvantage competing music streaming services, Apple deprives users of cheaper music streaming choices and distorts competition. This is done by charging high commission fees on each transaction in the App Store for rivals and by forbidding them from informing their customers of alternative subscription options.”

Apple sent us this statement in response to the Commission’s statement of objections:

“Spotify has become the largest music subscription service in the world, and we’re proud for the role we played in that. Spotify does not pay Apple any commission on over 99% of their subscribers and only pays a 15% commission on those remaining subscribers acquired through the App Store. At the core of this case is Spotify’s demand they should advertise alternative deals on their iOS app, a practice that no store in the world allows. Once again, they want all the benefits of the App Store but don’t think they should have to pay anything for that. The Commission’s argument on Spotify’s behalf is the opposite of fair competition.”

Spotify’s founder, Daniel Ek, has also responded to the news of the Commission’s charges against Apple with a jubilant tweet — writing: “Today is a big day. Fairness is the key to competition… we are one step closer to creating a level playing field, which is so important for the entire ecosystem of European developers.”

The music streaming company also sent us this statement, attributed to its head of global affairs and chief legal officer, Horacio Gutierrez — in which he suggests the antitrust charges will have “far-reaching implications”:

“Ensuring the iOS platform operates fairly is an urgent task with far-reaching implications. The European Commission’s Statement of Objections is a critical step toward holding Apple accountable for its anticompetitive behavior, ensuring meaningful choice for all consumers and a level playing field for app developers.”

“This is not a Spotify case.”

During a press conference following the announcement of the Commission’s charges, Vestager went into a little more detail on the case — saying the Commission believes the impact of Apple’s distortion of the music streaming market has led to rising subscription prices for consumers to €12.99, rather than the €9.99 Apple charges for its own service.

Apple, of course, is not subject to the 30% fee it levies on third-party music streaming services which opt to sell subscriptions via its store. (Spotify stopped doing so in 2018 to avoid the IAP fee.)

During a Q&A with journalists, Vestager was pressed on the fact that Spotify is itself thriving music streaming business — and Apple also points out that Spotify describes itself as the “largest global music subscription service” and has a market capitalization of $50BN+, so is hardly a minnow of a digital business — but she argued it’s “tough to say what would have been the market development without these conditions imposed by Apple in its App Store”.

“Spotify is a big player in the music streaming market, but we don’t know what would have been the conditions without this,” Vestager went on, pointing to other rivals who — the clear implication is — might have been able to cut themselves a more significant chunk of Spotify’s (and Apple’s) music streaming pie, under different App Store conditions.

Facebook, WhatsApp, Google and other internet giants comply with India’s IT...