Blog Buzz | Australian Blog
Home Life How to conquer your fear of food, when to get help 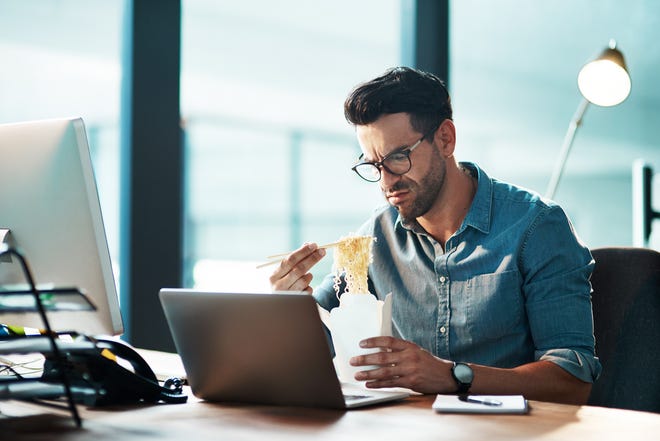 “Once I decided that I didn’t like a food item, I had a zero-tolerance policy for it,” says Dawson, 29. “My experience rediscovering the taste of olives a few years back caused me to reconsider that policy.”

Children are often described as picky eaters when they’re averse to trying different foods. Steak? Ew. Chicken? Ew. Vegetables? Double ew. While kids often seem to grow out of it, not everyone does. And some picky eaters aren’t just picky – they’re grappling with an eating disorder.

“It’s not necessarily the case that people are going to grow out of being hesitant about these specific foods,” Dr. Sam Scarnato of The Center for Nutritional Psychology says.

So, how do you conquer the picky-eating monster? Treatments for children and adults will differ depending on the severity of the problem. Still, experts say everything from repeated exposure to foods and consulting with medical professionals could best address issues before they spiral out of control.

Where does picky eating come from?

Scarnato comes across picky eating daily and finds it runs in families. If a parent or caregiver balks at broccoli, they shouldn’t be shocked when their child refuses green veggies, too.

Health coach Dianna Carr, who manages Be Well Health Coaching LLC, says maybe these adults weren’t exposed to many different foods as children, or they had a traumatic childhood experience like choking on a particular food.

Sometimes it’s about genetics. “Some people are genetically predisposed to be super-tasters,” says Jenna Griffin, founder, and CEO of Generations Nutrition & Wellness. Super-tasters have an acute sense of taste and experience bitter flavors more intensely.

“This may lead them to avoid certain healthy vegetables like cabbage, broccoli, kale, etc. because the bitter taste is overpowering,” Griffin says.

But when does picky eating transition from not liking the taste or texture of food to a potentially serious medical condition?

Medical and sensory conditions like anxiety, chronic constipation, allergies, or postnasal drip could contribute to picky eating. In those cases, Scarnato says, recommendations will vary depending on a medical assessment.

Another factor? Money. “Families who are on a lower budget, they’re not going to venture out and buy a whole bunch of different foods that their child isn’t going to eat because they’re afraid then that they’re wasting food,” Scarnato says.

The spectrum of pickiness ranges from those who can eat foods but don’t to those who struggle with an eating disorder.

Nicole Peicher, 23, is on the can-but-doesn’t-want-to end of the spectrum. The Miami resident lived off chicken nuggets, pasta, chocolate, and Cheetos growing up. Friends stored chicken nuggets in their houses for her.

A teacher has a companion in Thomas Hammock. “I was known as the ‘chicken finger kid’ at the local restaurant in my hometown because that’s all I’d eat there,” says Hammock, 35, of Birmingham, Alabama.

In college, Peicher ultimately sought advice from a nutritionist to take control of her diet. She tasked herself to eat new food, such as fruit or vegetable, every day.

Now she experiments with variations of her old staples – like breading chicken with almond flour as an alternative to a fried chicken nugget. She shares recipes on her Instagram page that offer healthy options, and she sells healthy desserts.

Elizabeth Hilpipre of Omaha, Nebraska, is still a picky eater at 37 but challenges herself anyway. “I keep thinking I’m going to like fish, and I hate it every time,” she says. “In fact, when I first met my in-laws, they made salmon. I ate the entire thing to be polite. It took a few years before I came clean that I don’t like fish.”

According to the National Eating Disorders Association, ARFID is an eating disorder where a person doesn’t consume enough calories to grow and develop correctly. In adults, the disruption inhibits essential bodily functions and leads to significant weight loss.

“Children who don’t outgrow normal picky eating, or in whom picky eating is severe, appear to be more likely to develop ARFID,” according to the National Eating Disorders Association. “Many children with ARFID also have a co-occurring anxiety disorder, and they are also at high risk for other psychiatric disorders.” Additionally, people with autism, ADHD, and intellectual disabilities have a higher chance of developing ARFID.

“I would consider referring a client to another professional – psychologist and/or eating disorder specialist – if they exhibit signs of overly restrictive eating,” Griffin says. “If they eliminate whole categories of foods, their ‘picky eating’ may actually be a form of disordered eating.”

How to expand your palate

Varied eating matters for proper nutrition, but expanding your palate could lead to more than only physical health improvements.

“I don’t think you need to like every food, but just expand it enough where you can feel confident in social situations that you will find something you’ll enjoy,” Carr says. “That would definitely help confidence and just increase the quality of life.”

Hammock lived this experience. “I also think it builds a confidence of trying new things in general, not just food, once you see it’s not so bad,” he says. “Even if you wind up not liking it, just wash it down with plenty of drink, and you’re no worse off than when you started, and who knows? Maybe you find a new favorite.”

The next time you want to try something new, consider Dawson and the olives. “Had I not started eating olives, I would almost certainly not be in my current job,” Dawson says.