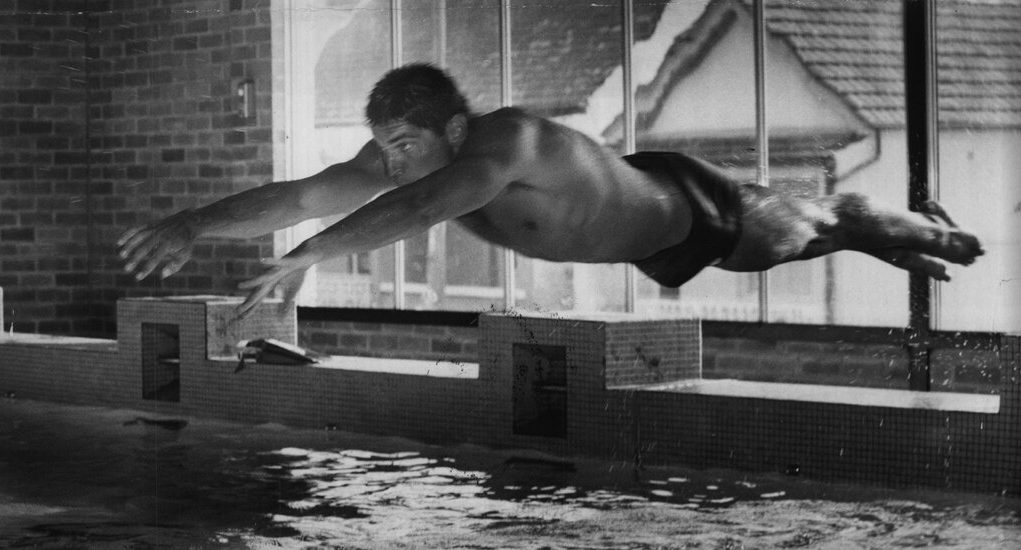 John Konrads, a former teenage swimming sensation for Australia who won a gold medal in the 1,500-meter freestyle at the 1960 Rome Olympics and joined with his younger sister, Ilsa, in setting numerous world records, died on April 25 in the Noosa area of eastern Australia, on the Sunshine Coast. He was 78.

His death at a hospital was announced by the Sport Australia Hall of Fame. Swimming World magazine said he had been ill for some time.

The arrival of John and Ilsa in Australia’s swimming spotlight in the late 1950s brought them renown as “the Konrads Kids.” John, who held 26 individual freestyle records in his career, was inducted together with Ilsa into the International Swimming Hall of Fame in Fort Lauderdale, Fla., in 1971.

John was a triple gold medalist at the 1958 British Empire and Commonwealth Games in Cardiff, Wales. Ilsa won the women’s 440-yard freestyle at the meet.

Both were part of a wave of ever-younger swimmers who were beginning to dominate the sport.

“What it amounts to is that more kids are swimming more, and faster,” the former Yale and U.S. Olympic coach Bob Kiphuth told the sports columnist, Arthur Daley of The New York Times, in 1964. “They’re not inhibited by records.” He added, “Swimming is now advancing 10 times as many kids as ever before.”

Mr. Daley pronounced John Konrads “the wonder boy of the 1960 Olympics.” Janis Konrads Jr., who would later Anglicize his name, was born on May 21, 1942, in Riga, the capital of Latvia, when the country was under German occupation during World War II. When the Soviet Union, which had invaded Latvia earlier in the war, reoccupied it in 1944, his parents, Janis Sr. and Elsa, fled with John, Ilsa, and an older sister, Eve, to a refugee camp near Stuttgart, Germany. After the war, the family lived in West German headquarters for the homeless, then emigrated to Australia in 1949 and lived first in migrant camps.

The land was marshy, bordering brooks and rivers. Janis Konrads Sr., a dental technician, taught his children to swim, given John’s treacherous waters and therapy. He had contracted polio and had spent weeks in a hospital.

The family later moved to Sydney. While John and Ilsa attended a primary school in the 1950s, Don Talbot, who taught there and became an acclaimed international swimming coach, arranged a rigorous and innovative training program.

When he was 13, John was named an alternate for Australia’s swimming team at the 1956 Melbourne Olympics, a fill-in if a competitor were injured.

“The excitement was fantastic,” he said years later. “Taking delivery of the Olympic tracksuit was close to the biggest event of my life.”

But none of the Australian swimmers incurred injuries, so he didn’t compete in the 1956 Games.

“John’s story is quite amazing; it’s one of resilience and perseverance,” Kieran Perkins, a two-time 1,500-meter freestyle Olympic swimming champion and now president of Swimming Australia, said upon Konrads’s death.

Konrads attended the University of Southern California from 1961 to 1964. He majored in business but did not receive a degree, then returned to Australia to train for the 1964 Tokyo Olympics. He qualified for the 4X200 meter freestyle team, which finished fourth in the final.

He later coached swimming and pursued a career in marketing. He was the Australasia director for the personal-care products company L’Oréal, and he worked on behalf of Australia’s successful bid to land the 2000 Olympics for Sydney.

While in the business world, he was found to have bipolar disorder; he then promoted awareness of treatment programs. Konrad’s survivors included his wife, Mikki, and his sister Ilsa. A complete listing was not immediately available.

John and Ilsa Konrads’s “stay at the top was brief but so brilliant it has never quite been equaled,” the International Swimming Hall of Fame stated on its website. “They were the first of the Kiddy Corps that has made the world believe in the ability of very young swimmers to work harder than adult athletes had thought possible.

“They set multi-world records at an age when most of us are encouraging the mediocrity of our children with ‘What can you expect — she’s only 13?’ The Konrads and their coach, Don Talbot, didn’t know ‘kids can’t swim that fast.'”