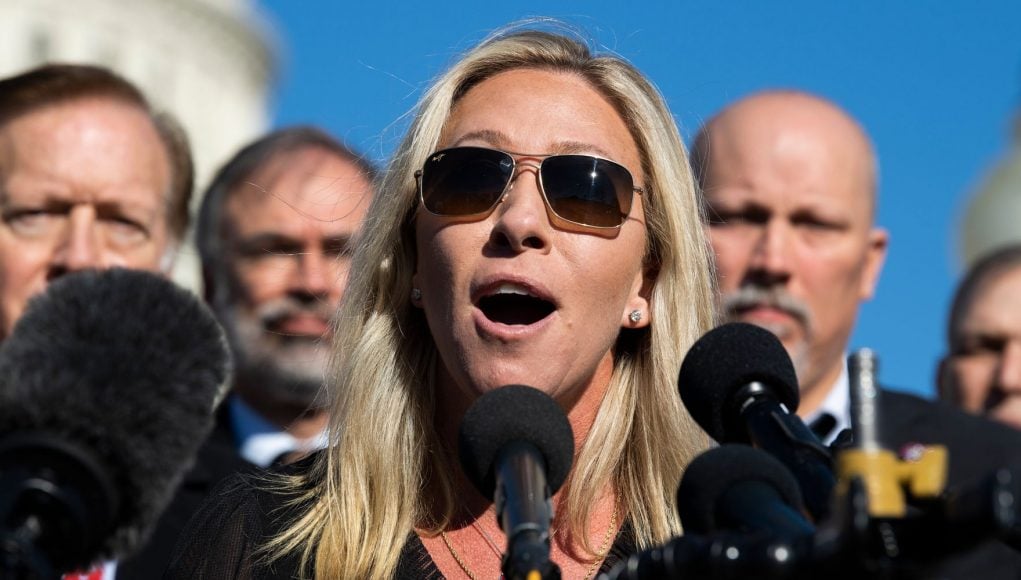 In an address to Congress, the president outlined a vast “American Families Plan,” which, among other things, would create free universal pre-K and two years of tuition-free community college.

But the QAnon-supporting Greene, who was stripped of her House committee assignments for spouting tinfoil-hat theories, bashed the proposal as just another conspiracy.

“Federally funded school from age 3 to 20 doesn’t sound like education; it sounds like indoctrination,” she tweeted. “All at your expense. By force in the form of taxes.”

Oddly, Greene seemed to generally understand the concept of free public schools in a tweet earlier in the day backing parents revolting against student mask mandates. “Taxes pay for the schools,” she wrote. But she appeared to forget that during Biden’s speech.