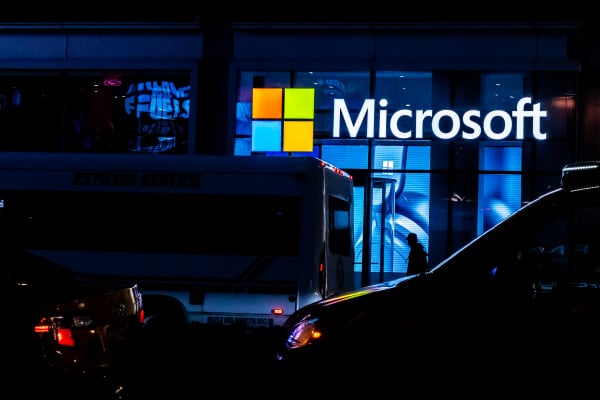 Microsoft’s customer security chief says as many as one-third of all government demands that the company receives for customer data are issued with secrecy clauses that prevent it from disclosing the search to the subject of the warrant.

The figure was disclosed in testimony by Microsoft’s Tom Burt ahead of a House Judiciary Committee on Wednesday, as lawmakers weigh a legislative response to efforts by the Justice Department under the Trump administration to secretly obtain call and email records as part of an investigation into the leaks of classified information to reporters at The New York Times, The Washington Post, and CNN.

Burt said that such secrecy orders “have unfortunately become commonplace” and that Microsoft regularly receives “boilerplate secrecy orders unsupported by any meaningful legal or factual analysis.”

In his testimony, Burt said that since 2016 Microsoft received between 2,400 to 3,500 secrecy orders each year, or 7-10 a day. Microsoft said in its transparency report that it received close to 11,200 legal orders from U.S. authorities last year.

By comparison, the U.S. courts approved 2,395 warrants with secrecy clauses in 2010, which Burt said is fewer than the number of secrecy orders Microsoft alone received in any of the past five years.

“These are just the demands that Microsoft, just one cloud service provider, received. Multiply those numbers by every technology company that holds or processes data, and you may get a sense of the scope of the government’s overuse of secret surveillance,” Burt’s testimony says. “We are not suggesting that secrecy orders should only be obtained through some impossible standard. We simply ask that it be a meaningful one.”

Much of the controversy over secrecy orders came of late when secrecy orders served on Apple, Google, and Microsoft expired in recent weeks, allowing the companies to disclose to the news agencies that the Justice Department under the Trump administration had sought to obtain their records by demanding the data from the tech companies that host the data.

President Biden pledged to stop the collection of journalists’ phone and email records while also dropping some secrecy provisions. But lawmakers are likely to note that legislative change would be needed to codify policy into law.

Microsoft’s Burt said the company will “do everything it can to prevent the misuse of secrecy orders.” The software and cloud giant also sued the Justice Department in 2016 to challenge the constitutionality of gag orders.

Who Wore it Better? Trina Slays Verzuz Battle in the Same Red and Orange...

Google’s FeedBurner moves to a new infrastructure but loses its email...