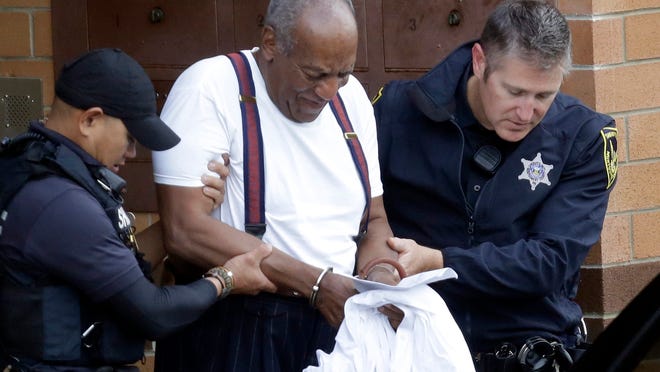 After spending more than two years in prison, Bill Cosby was released after Pennsylvania’s highest court overturned his sexual assault conviction. This development can trigger painful emotions for victims of sexual abuse.

“Muting anything related to Cosby and his release. Extremely triggering and the reasons behind his release are even more triggering,” one Twitter user shared following the news.

“Sending prayers and love to those who’ve been sexually assaulted … molested, etc. … this Bill Cosby release is beyond triggering,” another user added.

“Please be extra gentle with persons you know who have experienced sexual assault. The Cosby conviction being overturned will likely be very triggering for them,” another person tweeted. “As a Rape Survivor I am sending you extra love, and a reminder to be gentle with yourself in the coming days.”

RAINN president Scott Berkowitz called the ruling “disappointing” in a statement, while Women In Film, Los Angeles, said the news was “a setback in the fight for justice for sexual assault survivors.”

Once beloved as “America’s Dad,” Cosby, 83, was convicted of drugging and molesting Andrea Constand. He was set to serve a three- to 10-year sentence at a state prison near Philadelphia. Still, He had vowed to do all 10 years rather than acknowledge any remorse over the 2004 encounter with the Temple University employee at his suburban estate.

“When you see a high-profile case like Cosby’s become overturned, it can make (survivors) feel helpless and hopeless again,” Jeglic says. “It takes a lot for somebody to come forward and go through the criminal justice process. And when justice is still not served, it revictimizes survivors all over again and brings back those memories of the trauma itself.”

The same can be valid for reading headlines and news stories about sexual assault, according to Sonya Martinez-Ortiz, a therapist and executive director at the Rape Recovery Center in Salt Lake City.

“Media coverage of sexual violence … especially those that are high-profile, can pose many challenges for survivors,” she said, including memory recall of a traumatic event.

This recall can result in victims “re-experiencing the traumatic symptoms, so that could be flashbacks, anxiety and fear, sadness, crying, irritability, panic attacks, anger and even dissociation for some people.”

“It can actually really mirror or mimic some of the things they felt when they were assaulted,” she adds. “For some people, it may even bring up an experience that they had not even thought about or considered in quite some time.”

Due in part to the #MeToo movement, Martinez-Ortiz says her organization has seen an increase in survivors reporting and seeking out services. When a case like Cosby’s is overturned, it “absolutely (has) an impact” on people’s desire to come forward.

“Around 80% of survivors never actually even report,” she says. “Unfortunately, cases like this … can exacerbate this assumption that folks may come with that people aren’t going to believe them or nothing is going to happen to this person anyway – it definitely has a larger impact,” she says.

Experts say Cosby’s early release is also a “reminder” of a “painful reality” for some survivors: that perpetrators of sexual violence often won’t be held accountable.

“This outcome is all too familiar in that once again, the person who has committed sexual assault or harassment is not held accountable formally,” says Laura Palumbo, a spokesperson for the National Sexual Violence Resource Center. “Cosby’s survivors sacrificed their reputation, safety, and well-being to speak out against Cosby and at the end of the day, they still didn’t get justice.”

How to cope with triggering news

1. Limit your news consumption as needed: Healing from trauma isn’t linear, Palumbo says. But for some, it may help to turn off the news and even ask people in your lives to not talk about the outcome.

2. Be present: Engaging in activities like yoga, breathing exercises, or gardening can “help you be present and mindful in your current situation to be in your body and connected to your body.”

3. Share your thoughts with the sympathetic: Talk to people “who know your story and care for you,” says Melanie Greenberg, a clinical psychologist in Marin County, California, and author of “The Stress-Proof Brain.”

4. Take care of your body: Eat well and get more sleep, suggests clinical psychologist Jim Hopper. “Your body is a foundation,” he says. Taking care of it “will help to keep you from spiraling out of control.”

5. Seek help if needed: “One thing that I would suggest is that if folks are in immediate crisis and struggling with coping, to reach out to the national RAINN hotline… and they can talk to trained advocates,” Martinez-Ortiz advises.

If you are a survivor of sexual assault, RAINN offers support through the National Sexual Assault Hotline (800.656.HOPE & online.rainn.org).

How To Pick An Airplane Seat Now