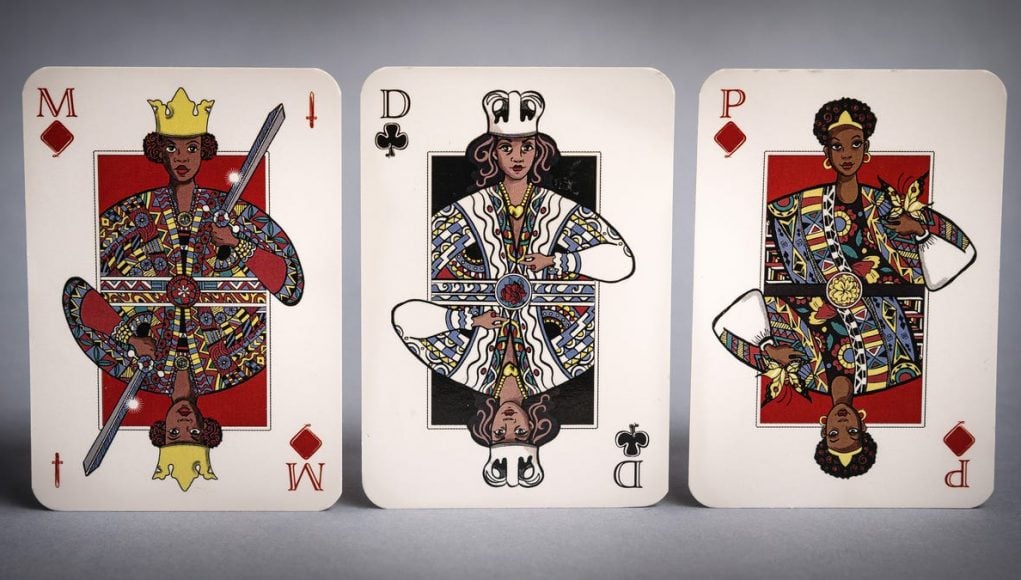 The question has turned into a full-blown deck of cards, “Queen,” now in its second edition. The cards feature multi-ethnic figures, and men and women are equal.

Playing cards aren’t the only thing that’s gotten a makeover. Barbie has more than 35 skin tones, 94 hairstyles, and 9 body types on shelves today, and Potato Head recently made headlines by going gender-neutral.

Toy manufacturers, pop-up libraries, book publishers, and more are making strides in diversity and inclusion. As a result, the next generation has more offerings than ever that promote representation.

That’s important because children can start to internalize race and gender stereotypes as early as 4 years old, according to Dr. Christia Brown, a professor of developmental psychology at the University of Kentucky.

“Kids, by the time they’re starting elementary school, have biases that parents are probably unaware of,” Brown says.

It’s crucial to start teaching lessons about diversity early, she says.  “The world is diverse, and it’s increasingly diverse. Children that are better prepared for that, and can recognize it and feel comfortable with it, are going to be better equipped to navigate the world as it really is.”

In the Queen deck, “monarch” cards serve as the king cards; “duchess” or “duke” are queens, and “prince” or “princess” are jacks.

Many questions about gender and identity cropped up while the Segal family was creating the cards.

He said that we are informed by our surroundings, the movies we watch, and the toys we play with that affect our children.  Hair and skin changes for Barbie dolls increase the diversity of the brand.

Mattel is again expanding its Barbie range to be more inclusive and show “a multi-dimensional view of beauty and fashion.”

Brown adds: “We have to help kids have a lens for bias so that they can spot the bias when it’s happening. Otherwise, they can absorb the stereotypes that are out there.”