Prince Harry, whose mother, Princess Diana, died violently and suddenly when he was 12 years old, has in the last several years shared intimately about the mental health impacts of his trauma and how therapy helped him address his suffering. In his new Apple TV+ docuseries on mental health with Oprah Winfrey airing Friday, Harry shares his experience with a specific treatment he found especially compelling: EMDR.

Eye movement desensitization and reprocessing (EMDR) was developed by psychologist Francine Shapiro in the 1980s to help people alleviate distress around painful memories. Clinicians have used the therapy for decades but have become an increasingly popular and sought-after treatment to deal with traumatic or adverse life experiences.

During the session, as the clinician encourages him to follow the memory, the sensations, the negative feelings, Harry is seen tapping alternately on each shoulder. The clinician continues to ask questions about the texture of the memory and eventually asks what he would rather feel instead. As the treatment progresses, Harry says he moves to a place of “calmness” and “strength.”

“It’s almost a wave that can’t be stopped because people are hearing their friends talk about it; they’re seeing the changes in their family members,” said Wendy Byrd, a professional counselor and president of the board of directors at the EMDR International Association. “When I was trained in 2008, I would have to go in and explain what EMDR was and tell my clients why I thought it was such a good therapy. … Now, I would say almost everyone that comes into my door is asking me for EMDR.”

Harry, who said addressing his trauma was essential both for his own well-being and the health of his relationship with his wife, the Duchess of Sussex, said he experimented with EMDR after years of traditional behavioral therapy.

“One of the biggest lessons that I’ve ever learned in life is you’ve sometimes got to go back and to deal with really uncomfortable situations and be able to process it to be able to heal,” he said. USA TODAY spoke with Byrd on how EMDR works and who it helps.

Contents Summary show
What is EMDR?
How does a clinician conduct EMDR?
What is the most effective stimulus during EMDR?

EMDR engages the adaptive information processing system to bring up past traumatic experiences in a safe space, so your brain can essentially reprocess them.

“EMDR allows the brain to heal from experiences that were traumatic or adverse or overwhelming by allowing the brain to process that information and to store it in a way where the brain now knows, ‘I’m in a different circumstance, that’s not happening to me anymore,'” Byrd said.

Our brains and bodies have a built-in mechanism for processing information. But sometimes, especially when we experience a trauma, that mechanism becomes overwhelmed.

When new information comes in that feels similar to that adverse experience, the brain stores it in the same place as the original trauma, Byrd said. This can make things in your everyday life that are not threatening feel dangerous.

“It’s the blue car driving down the road, or it’s the dog barking, or your spouse’s face in that one contorted way, and all of a sudden, you’re upset, you’re triggered and overwhelmed,” she said.

How does a clinician conduct EMDR?

Eventually, the clinician will add in eye movements or tapping. This is called bilateral stimulation. Studies show that eye movements facilitate information processing and calm down a person’s physiology.

“It will make something that feels upsetting, less upsetting. It helps the brain make images that are very vivid, less vivid. And part of that is because of what we call dual attention, meaning I’m present in the room with the therapist, or over Zoom, nowadays, and I’m thinking about that experience. It’s all the ingredients that the brain needs to engage that adaptive information processing mechanism.”

Part of the reprocessing occurs by the clinician introducing positive things into the recall. A therapist will ask, “What do you want to think now about that experience?”

“It brings in the current information. Maybe the positive is that it’s over, or maybe it’s that you learned from it or that now you know you’re worthy,” she said.

What is the most effective stimulus during EMDR?

In the docuseries, Harry uses tapping as his stimuli. Byrd said while eye movements are the most researched, other incentives are proven to be effective.

“It really becomes the client’s preference,” she said. “Some people can’t really tolerate eye movements for different reasons, or they may have something that’s going on where we choose a different stimulation.” 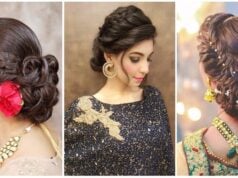 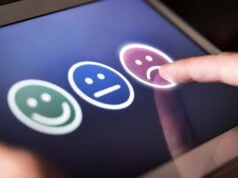 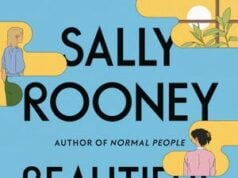