(Bloomberg) — A technology-led selloff that started on Wall Street reverberated across the world as worries over inflation pushed investors to dump expensive stocks. Treasuries slipped with the dollar.

Tech-heavy Nasdaq 100 Index futures fell as much as 2% while those on the S&P 500 declined 1%, signaling another day of losses for the underlying gauges. The benchmark for European stocks tumbled the most this year after its Asian peer posted the most significant drop since March.

Debate rages over whether the expected jump in price pressures will endure enough to force the Federal Reserve to tighten policy sooner than current guidance suggests. A measure of U.S. inflation expectations reached the highest level since 2006.

“There is a risk the discussion could trigger market volatility,” according to BlackRock Investment Institute strategists led by Jean Boivin. “We believe investors should look through any such bouts of volatility. The Fed will likely be much slower than in the past to raise rates in the face of rising inflation.”

Among the biggest pandemic winners, tech stocks whose valuations often depend on earnings prospects far into the future are now at the center of the inflation-fueled selloff. That was epitomized in Cathie Wood’s Ark Innovation ETF, which dropped 5% in pre-market trading after plunging 5.2% yesterday.

Read more: Global Tech Rout Deepens as Sector Slides Further From PeaksEven after the declines, the Nasdaq trades at 26 times the 12-month projected profits. At the same time, the gauge of European technology shares enjoys a valuation of 29 times.

Wednesday’s U.S. inflation report, along with a series of U.S. government bond auctions this week, is seen as the following factors to deepen or arrest the slide. The latest reading is expected to show an accelerated pace of consumer-price increases, with the year-on-year comparison made starker by the pandemic shock in 2020.

A range of Fed speakers are due this week, including Governor Lael Brainard on TuesdayOPEC monthly Oil Market Report is published with global demand forecasts and production estimates TuesdayU.S. CPI report Wednesday is forecast to show prices continued to increase in AprilBank of England Governor Andrew Bailey speaks Wednesday

Contents Summary show
These are some of the main moves in markets:
Stocks
Currencies
Bonds
Commodities

These are some of the main moves in markets:

For more articles like this, please visit us at bloomberg.com. Subscribe now to stay ahead with the most trusted business news source. 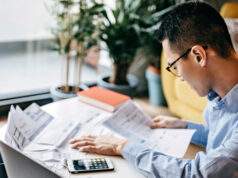 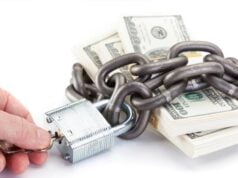 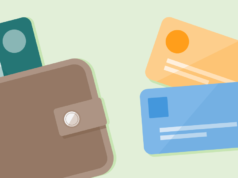