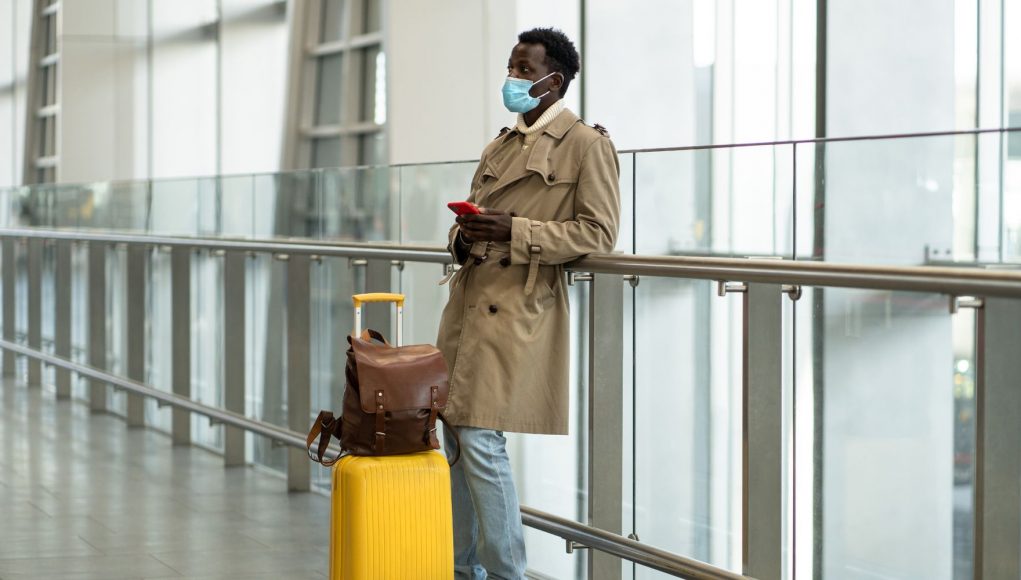 If you’ve been to the airport lately, you’ve seen firsthand the recent boost in air travel. On Sunday, the Transportation Security Administration screened 2,097,433 people at airport security checkpoints, the highest volume since the pandemic’s beginning.

Most experts agree that the risk of COVID exposure is relatively low on airplanes due to the air filtration systems, mask requirements, sanitation measures, and passengers tend to sit quietly while all facing the same direction. However, many have cautioned, spending time at the airport carries more risk.

“There is nothing worse than ending up sick on vacation,” said Lauren Bryan, an infection preventionist at UCHealth Yampa Valley Medical Center in Steamboat Springs, Colorado. “Airports are a mixing bowl of people from all over who have brought their germs along for the ride.”

Although the pandemic has led to more frequent and intensive cleaning procedures in many airports, certain germs are seemingly unavoidable in that environment. But when it comes to the risk of infection, not all airport areas are created equal. With the help of experts, we broke down some of the germiest locations and surfaces at airports.

When you get to the airport, it’s essential to locate your departure gate to understand where you need to become boarding time. But if you’re trying to cut down on exposure to germs, it may not be the best idea to sit down and wait there for an extended period.

“Sites in airports that are frequently touched but not routinely cleaned include the armrests on chairs in the terminal waiting areas,” said Kelly Reynolds, a professor and chair of the Community, Environment & Policy Department at the University of Arizona. “These can be hot spots for germ transmission.”

Indeed, a 2018 study from InsuranceQuotes.com found that the chair armrests at the gates were among the dirtiest spots in airports. The online insurance marketplace analyzed samples from six surfaces at three major U.S. airports and found that the armrests contained 21,630 colony-forming units ― viable bacteria and fungal cells ― per square inch.

So consider wiping down the chair and armrest if you’d like to sit down ― or consider standing up and waiting nearby instead.

“Don’t sit on floors,” cautioned Kadi Banjoko, an infection preventionist in the clinical epidemiology department at the Ohio State University Wexner Medical Center. “They are dirty.”

“High-touch areas in airports that are infrequently cleaned include … the handrails along stairs and escalators and the moving walkways,” Bryan noted. But “that doesn’t mean you shouldn’t touch handrails, as falling down the stairs is not a good alternative!”

She advised generally being mindful of what you touch throughout your time at the airport and on the plane. Always wash your hands, or sanitize when you don’t have access to soap and water.

“Carry hand sanitizer in a place it is easy to access without having to dig through your bag ― mine dangles from my purse strap,” Bryan said. “If I am going to be seated somewhere for a while, like on an airplane, I use disinfectant wipes on the armrests of the airplane seat, seat belt clasp, and tray table.”

“I think one of the germiest places is the self-check-in monitors,” Banjoko said. “I don’t know how often they are wiped down, but people should make sure they use hand sanitizers after touching those screens.”

According to the InsuranceQuotes.com study, these self-serve kiosk screens contain 253,857 CFU per square inch on average. (One screen recorded more than 1 million.) They took the first-place spot for the dirtiest airport surfaces tested.

Obviously, the numbers can vary based on the airport and the screen in question, and the pandemic response in many places has included more frequent cleanings. But it still doesn’t hurt to wash those hands.

In 2018, researchers from the University of Nottingham and the Finnish Institute for Health and Welfare published a study about viruses in airports. They collected surface and air samples around Helsinki Airport and found that the plastic trays and bins in the security area “appeared to pose the highest potential risk.”

Four out of eight samples of the plastic bins contained rhinovirus or adenovirus, which can cause cold-like symptoms.

In 2014, “Today” correspondent Jeff Rossen and his team took airport and airplane surface samples and found that the TSA bins at U.S. airports were also quite germy. One chest even contained a level of fecal matter that had the potential to make people sick.

Due to research like this, some airports have started implementing new security bin technology to ensure a cleaner experience. But we still have a long way to go to reach peak cleanliness in that area.

In 2015, the trip calculation service Travel Math sent a microbiologist to five different airports to collect samples for lab testing to determine which surfaces had the highest concentration of bacteria.

Their research found that drinking fountain buttons contained an average of 1,240 CFU per square inch ― the most of any airport surface tested. The InsuranceQuotes.com study detected 19,181 CFU on water fountain buttons on average.

A 2012 study of office spaces led by University of Arizona microbiology Professor Charles Gerba similarly found that water fountains can be a germ hot spot, as did earlier research on school drinking fountains from the National Sanitation Foundation.

Amid the COVID-19 pandemic, many water fountains, including those at airports, have been roped off ― but if you have the opportunity to use one to refill your water bottle, consider pressing the button with your elbow.

Even Nice Hotels Can Get Bed Bugs. Here’s How To Check...

What To Do If A New Travel Ban Affects Your Upcoming...